In Slicer using the Simple Filters module, I’ve been doing binary thresholding of a CT volume: 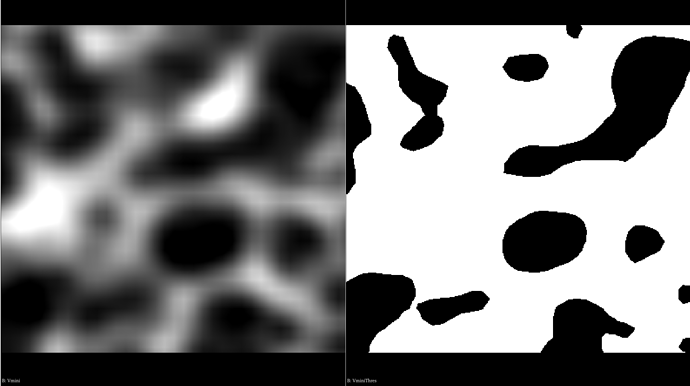 But I want thinner walls so I thought I could fix this with binary erosion: 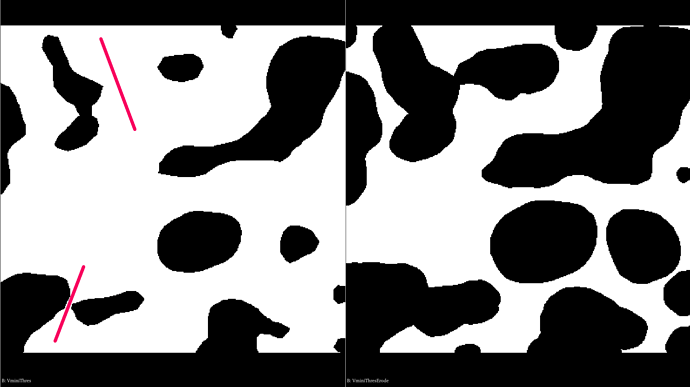 I have the problem of finding a good thresholding value on the original CT volume: My thresholding either removes visual walls between the cells or fills up small cells. Could there be a way to postprocess my initial image (for example sharpening edges/shapes?) so I can make a binary image that looks like how we humans see the cells and walls?

Thank you, I will have a look at watershed in that notebook. It will take me a little time to get deeper into ITK.

Maybe the binary thinning filter might be of interest to you - it keeps all cell walls, but you will get al of them thinned down to a single pixel.

In my experience it does not work too well if the structures to be thinned are too thick in the input image; and we have encountered what seems to be a bug in the current version, leading to additional artefacts in the thinning - but I don’t have the details of that issue handy at the moment.

Thanks, I will take a look at the binary thinning filter too