Searching, no integral image algorithm exists. I would be able to implement the N dimensional version (at least single threaded). The issue is that the algorithm doesn’t vectorize well. However, it does appears to have overlapping sub problems. Maybe some dynamic programming tricks?

Before I go ahead and try and do this, any suggestions from the ITK community? Would this be a useful contribution? 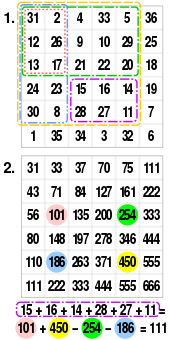 A summed-area table is a data structure and algorithm for quickly and efficiently generating the sum of values in a rectangular subset of a grid. In the image processing domain, it is also known as an integral image. It was introduced to computer graphics in 1984 by Frank Crow for use with mipmaps. In computer vision it was popularized by Lewis and then given the name "integral image" and prominently used within the Viola–Jones object detection framework in 2001. Historically, this principle i As...

How to speed up calculation of integral image?

As parallel implementation is non-trivial, it would be quite useful to have it in ITK.

As single-threaded implementation is almost a single iterator loop (with special handling of edge cases), it is of lower value as a stand-alone filter but would still be welcome.

Using the existing boundary condition with value 0 might be of use for either single-threaded or multi-threaded implementation.