How to raise the quality of scientific Jupyter notebooks

Jupyter has emerged as a fundamental component in artificial intelligence (AI) solution development and scientific inquiry. Jupyter notebooks are prevelant in modern education, commercial applications, and academic research. The Insight Toolkit (ITK) is an open source, cross-platform toolkit for N-dimensional processing, segmentation, and registration used to obtain quantitative insights from medical, biomicroscopy, material science, and geoscience images. The ITK community highly values scientific reproducibility and software sustainability. As a result, advanced computational methods in the toolkit have a dramatically larger impact because they can be reproducibly applied in derived research or commercial applications.

Since ITK’s inception in 1999, there has been a focus on engineering practices that result in high-quality software. High-quality scientific software is driven by regression testing. The ITK project supported the development of CTest and CDash unit testing and software quality dashboard tools for use with the CMake build system. In the Python programming language, the pytest test driver helps developers write small, readable scripts that ensure their software will continue to work as expected. However, pytest can only test Python scripts by default, and errors in untested computational notebooks are more common than well-tested Python code.

In this post, we describe how ITK’s Python interface leverages nbmake, a simple, powerful tool that increases the quality of Jupyter notebooks through testing with the pytest test driver.

nbmake is a pytest plugin that enables developers to verify that Jupyter notebook files run without error. This lets teams keep notebook-based documents and research up to date in an evolving project.

Quite a few libraries exist that relate to unit testing and notebooks:

We used nbmake because of the simplicity of its adoption, integration with pytest, and the ability to test locally and in continuous integration (CI) testing systems like GitHub Actions.

A great first step for testing notebooks is to run nbmake with its default settings:

This simple command will detect a majority of common issues, such as import errors, in the notebook.

Use assertions to check your notebook is working as expected.

Note: If you want to present a cleaner version of the notebook without assertions, you can use Jupyter book to render it into a site and use the remove-cell tag to omit assertions from the output.

Starting to test any software package is always difficult, but once begun it becomes easier to maintain quality software.

If your directory contains an assortment of notebooks, you will find different blockers:

Our advice is to start small.

Try running nbmake locally from your development environment on a single short notebook. If
that is a challenge, use the --nbmake-find-import-errors flag to only check for missing dependencies.

Once you have a minimal quality bar, you can think about what’s next for your testing
approach.

In ITK extensions such as ITKIOScanco (a module to work with 3D microtomography volumes) or ITKElastix (a toolbox for rigid and nonrigid registration of images), nbmake runs notebooks in GitHub Actions CI tests. 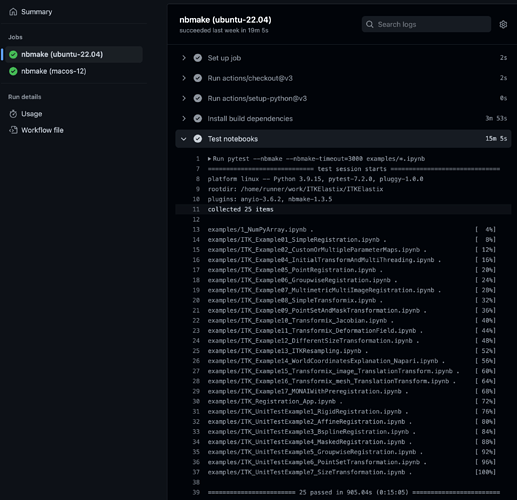 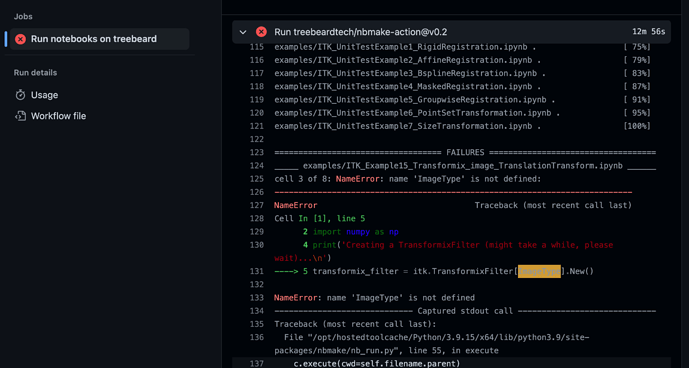 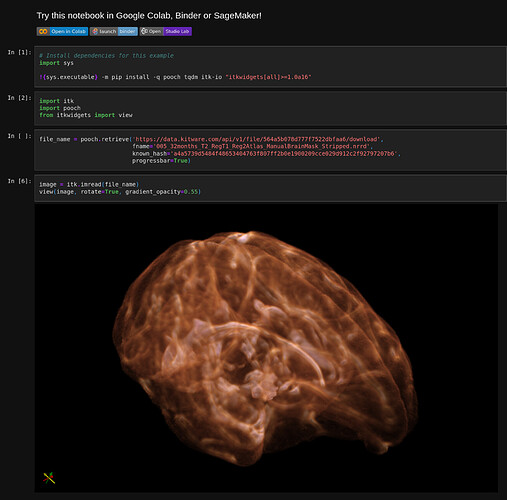 In ITK’s Sphinx examples, notebooks are embedded into HTML documentation and continuously tested. 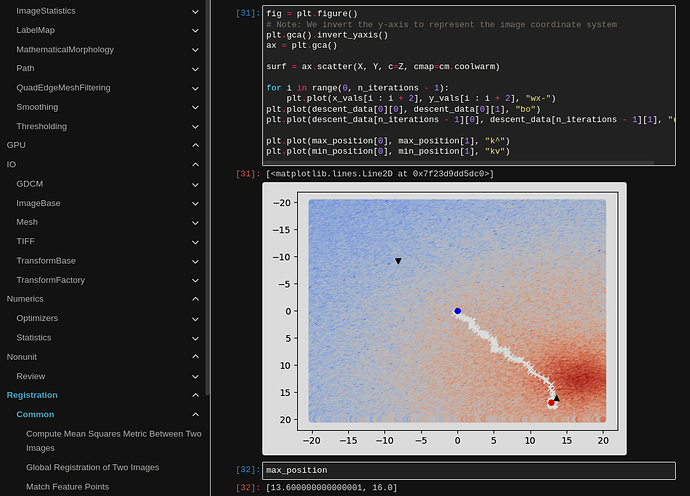 An explanation of optimization during image registration. The notebook is rendered in Sphinx and tested with nbmake.

While notebooks have been around for some time, we are still learning how to integrate them into rigorous engineering processes. The nbmake project is continuing to develop ways to remove friction associated with maintaining quality notebooks in many organizations.

Over the next year, there will be updates to both the missing imports checker (to keep virtual environments up to date) and the mocking system (to skip slow and complex cells during testing).

Nbmake is maintained by treebeard.io, a machine learning infrastructure company based in
the UK. ITK is a NumFOCUS project with commercial supported offered by Kitware, an open source scientific computing company headquartered in the USA.